The sources confirmed that the referrals related in part to the anti-Trump dossier compiled by British ex-spy Christopher Steele, and his work for the Clinton camp and the Democratic National Committee-funded firm Fusion GPS.

Meanwhile, three top Republican Senate committee chairmen said Tuesday that the DOJ has 10 days to explain itself as to why FBI investigators looking into Hillary Clinton’s email use in 2016 sought access to “highly classified information” they said was “necessary” to complete their probe, but later withdrew the request and cleared Clinton of wrongdoing.

The renewed GOP push for answers comes a month after it emerged that the DOJ negotiated an agreement with Clinton’s legal team that ensured the FBI did not have access to emails on her private servers relating to the Clinton Foundation. Republicans, citing whistleblowers, have contended that the charitable organization may have been involved in pay-to-play schemes during Clinton’s tenure as secretary of state.

Relying on the findings in an unclassified DOJ Inspector General (IG) report and a classified annex attached to the report, the senators noted that the FBI “acquired classified material that ‘may have included information potentially relevant to the Midyear investigation,’ and the bureau later “drafted a memorandum in May of 2016 stating that access to the information was ‘necessary to complete the investigation.'”

At that time, the GOP senators noted, then-FBI Director James Comey was drafting his public statement exonerating Clinton while noting she had mishandled classified information. 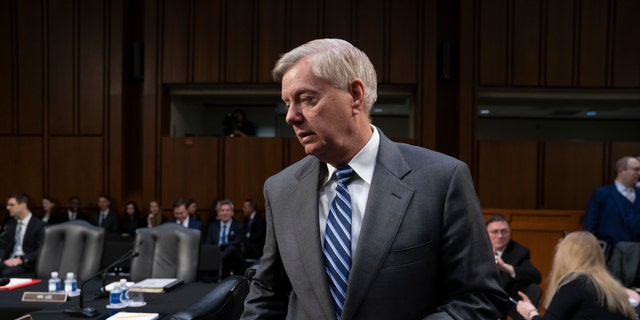 However, the memorandum seeking the classified information from the DOJ “was never completed,” the senators noted, and FBI witnesses claimed in interviews with the IG that the information would not have materially impacted their conclusions — despite the language in the memo.

Grassley, then the chairman of the Judiciary Committee, requested an explanation for the apparent discrepancy in October 2018, but was denied.

In a Sept. 17, 2018, phone call, the DOJ “declined to brief the Judiciary Committee, asserting without any clear basis, that it would interfere with Special Counsel Mueller’s equities,” the senators said Tuesday. “Now that the special counsel’s investigation has concluded, we are unaware of any legitimate basis upon which the department can refuse to answer the Judiciary Committee’s inquiries.”

The senators concluded: “Accordingly, we are reissuing the attached classified letter regarding the important questions raised by the appendix and reiterating our request for a classified briefing on the subject.  Please respond to these questions no later than April 26, 2019.”

“That we had to sue for this basic information shows the FBI may have something more to hide.”

Separately on Tuesday, the transparency group Judicial Watch charged that the FBI failed to respond to its October 2018 Freedom of Information Act (FOIA) request seeking more information about secretive communications in late 2016 between a top Clinton campaign lawyer and the bureau’s then-general counsel.

In response, Judicial Watch announced Tuesday it has filed lawsuits seeking the full release of all relevant documents. The flurry of litigation comes just days before Special Counsel Robert Mueller’s report is set to be publicly released, with some redactions.

The Mueller report’s Thursday release is expected to shed more light on the Russia investigation’s conclusions that the Trump campaign did not improperly collude with Russia, despite multiple attempts by Russian-affiliated individuals to involve the Trump team in computer hacking.

The ongoing litigation and document requests could provide more information on the beginnings of the Russia investigation, which Republicans have charged was tainted with visible anti-Trump bias from the start.

“How and why did the FBI pay Christopher Steele, who was already being funded by the Clinton campaign and DNC through Fusion GPS?” Judicial Watch President Tom Fitton asked in announcing the lawsuits. “That we had to sue for this basic information shows the FBI may have something more to hide.”