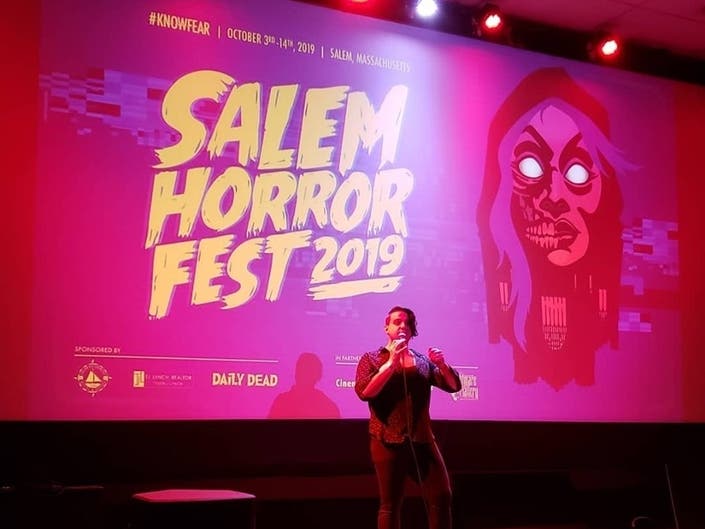 Horror Fest said an unnamed Trump supporter “went on a crusade to get our partners to drop us.” Patch has asked the Visitors Center for comment and will update this story when we hear back from them.

“Since they are (located in) a federal building, they cannot be associated with a political message,” Salem Horror Fest said in a Facebook post. “We had a choice to either delete all of our Trump posts or cancel the events. We are not going to sacrifice our mission or our values.”

Horror Fest founder Kevin Lynch created the event in 2017 to use film to explore “real-life political and cultural horrors.” Lynch has made no secret that the festival’s existence is a “direct response” to Trump administration policies, and many of the festival’s film selections have social justice themes.

But an article published earlier this month on the Website of Boston magazine may have brought outside attention to Salem Horror Fest. That article clearly outlined the festival’s founding as a “direct response” to Trump administration policies Lynch opposes.

Salem has had a role in presidential politics in recent weeks after President Trump likened impeachment proceedings to a “witch hunt.” U.S. Rep. Seth Moulton, who lives in Salem, and Salem Mayor Kim Driscoll criticized the president’s comparison.

Horror Fest moved the scheduled Celebrity Spookybook Time to SATV, and it will hold its Stephen King weekend at Cinema Salem. But the festival is still looking for a venue for “a handful of screenings” scheduled for Columbus Day weekend that were supposed to have happened at the Salem Visitor Center.