By Gregg Re | Fox News

Bernie Sanders endorsed Joe Biden for president on Monday, but any illusions that the move would bring an end to long-simmering tensions between the Democratic Party’s liberal and moderate wings quickly evaporated in a matter of minutes.

Briahna Joy Gray, who served as Sanders’ national press secretary, and prominent Sanders surrogate Shaun King quickly took aim at Biden — and they made it clear just how much the former vice president’s platform differed from Sanders’ longstanding policy goals.

“With the utmost respect for Bernie Sanders, who is an incredible human being & a genuine inspiration, I don’t endorse Joe Biden,” Gray wrote. “I supported Bernie Sanders because he backed ideas like #MedicareForAll, cancelling ALL student debt, & a wealth tax. Biden supports none of those.”

Additionally, Gray indicated she agreed that it was “almost insulting” for Biden to suggest lowering the Medicare eligibility age to 60, in lieu of adopting universal health coverage.

Gray had also hammered Biden on Sunday after The New York Times belatedly covered a sexual assault allegation against him on Sunday: “I’m not sure how that line from the NYT’s long-delayed coverage of Tara Reade’s accusation can sit alongside reporting that 7 other women have accused Biden of sexual misconduct,” Gray tweeted. (Biden’s campaign has denied the accusation.)

With the utmost respect for Bernie Sanders, who is an incredible human being & a genuine inspiration, I don't endorse Joe Biden.

I supported Bernie Sanders because he backed ideas like #MedicareForAll, cancelling ALL student debt, & a wealth tax. Biden supports none of those.

She then noted that Sanders, during the campaign, had “graciously” not mentioned Biden’s “credible sexual assault allegations,” “pattern of unwanted touching,” involvement with Burisma Holdings, or “lying [about his] civil rights record.”

Meanwhile, as Sanders and Biden conversed via livestream on Monday, King called the moment an obviously choreographed and embarrassing exercise.

“I can hardly believe what I am watching. In his conversation with @BernieSanders, @JoeBiden  is clearly reading from a TelePrompTer. It’s supposed to be a CONVERSATION. I’ve never seen this happen in my entire life,” he said. 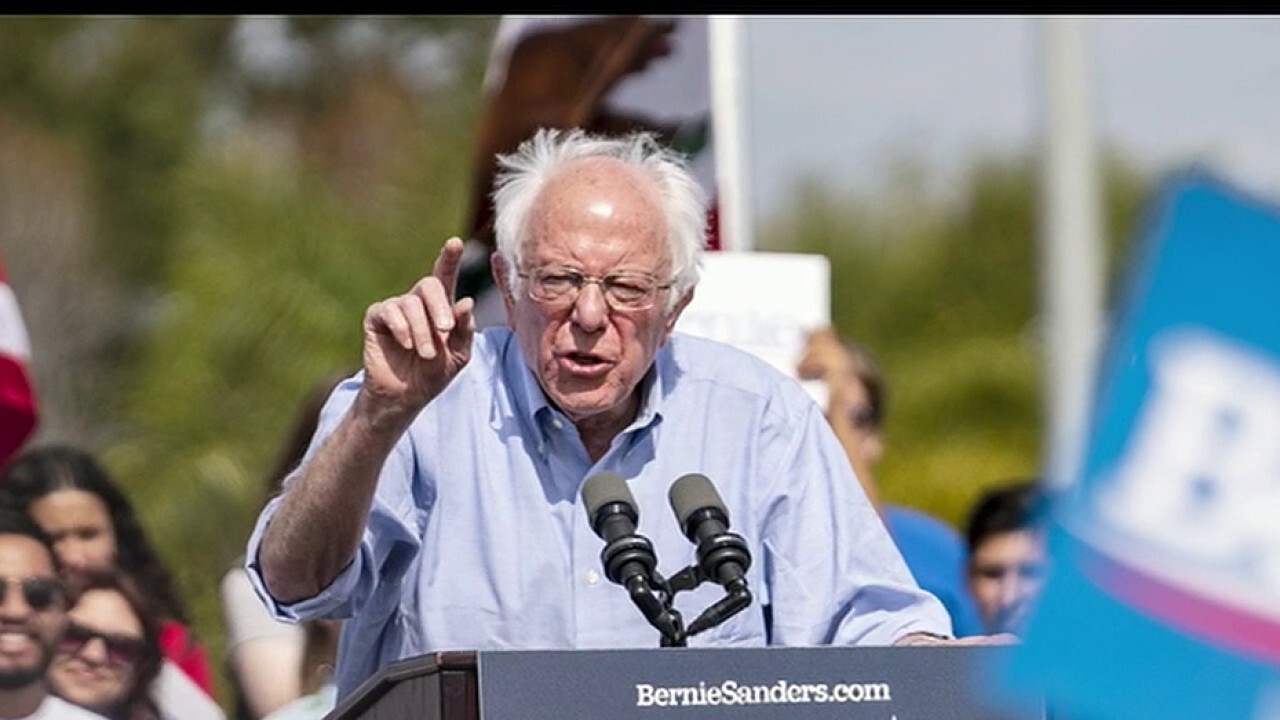 King posted an article outlining a slew of requirements before he would consider endorsing Biden, including action on “mass incarceration” and a promise to pick a running mate to his satisfaction.

“I’ve now counted at least 50 times that @JoeBiden blatantly lied about his participation in the Civil Rights Movement from sit-ins he never participated in to marches he was not a part of, to being trained in Black churches as a boy,” King wrote. “He must apologize & explain this.”

A former Sanders aide told Fox News after the announcement that the senator “always said he was going to fully support the nominee and do everything he could to help them get Trump out of office, so this is just making good on his word which Bernie Sanders always does.”

I can hardly believe what I am watching.

In his conversation with @BernieSanders – @JoeBiden is clearly reading from a TelePrompTer.

It's supposed to be a CONVERSATION.

I've never seen this happen in my entire life. https://t.co/1GcGvFCIFE

Sen. Elizabeth Warren, D-Mass., who is closer ideologically with Sanders, still has not endorsed anybody since suspending her presidential campaign and has not responded to requests for comment on an update.

And, President Trump has also taken to pointing out that Biden still hasn’t secured the support of his former boss Barack Obama.

“He knows something that you don’t know, that I think I know. But you don’t know,” he added. “I’m sure he’s got to come out at some point because he certainly doesn’t want to see me for four more years.”

Gregg Re is a lawyer and editor based in Los Angeles. Follow him on Twitter @gregg_re or email him at gregory.re@foxnews.com.
https://www.foxnews.com/politics/former-sanders-campaign-officials-slam-biden-endorsemen